Housed at the CUNY college since 1992, the Latin American Writer’s Institute of Hostos Community College (LAWI) is devoted to promoting Latin American, Caribbean, Latina/o/x, and Ibero-American literature in the United States and across the Americas and the world.

Since its founding in 1987, LAWI has been devoted to promoting and disseminating the work of authors who write in Spanish, English, and other languages of the Americas across borders. One of its main tools for doing so is the publication of Hostos Review/ Revista Hostosiana, a multilingual literary journal devoted to promoting, showcasing, and disseminating the richness and plurality of this evolving literary corpus.

LAWI also organizes public programming with partners across CUNY, New York, the rest of the United States, and internationally. With a commitment to inclusiveness and to increasing intercultural understanding, the Institute’s activities are designed for a multiethnic audience and seek to recognize and encourage cultural diversity through all of its programs. 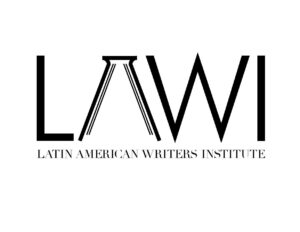 Except where otherwise noted, content on this site is licensed under a Creative Commons Attribution-NonCommercial-ShareAlike 4.0 International license.

Need help with the Commons? Visit our
help page Send us a message

Built with WordPress Protected by Akismet Powered by CUNY